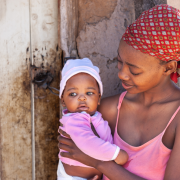 The Goat Foundation crossed milestones and made history in groundbreaking achievements that reflected the intention of their vision. By offering a pair of goats valued at $100 per family of widows, the foundation changed stereotypes about widows and transformed the thinking of entire communities about wealth and wealth creation.

A notable achievement was in the diet of families of widows who received these donations. They acquired food security and a chance for a balanced nutritional diet. The milk taken from goats was a crucial source of protein when consumed. The manure from goats was spread around vegetable gardens and this led to increased crop yields. The variety and resilience in food availability acted as insurance against starvation and hunger.

Due to proper and regular feeding habits, children became healthier and were less susceptible to common infections. Healthy households implied that money that could have been spent on seeking treatment was saved or invested. Children were now able to attend school regularly, as absence due to prevented illnesses was reduced.

As mentioned earlier, families of widows started attending school regularly and were not sent home for lack of school fees. The family could now afford to sell their farm produce to pay school fees, with the knowledge that milk from goats could be harnessed to supplement their diet.

School attendance brought new standards of hygiene, safety awareness and government recognition. In Kenya, it is illegal for a school-going child to be employed as a laborer, married off or subjected to any form of exploitation. This guaranteed legal protection to the children of widows.

The Goat Foundation has noted the uptick in commerce and vocational activities in some villages. It follows that before these donations were made, traditional players in the market were familiar with each other’s needs and trading became routine and even unprofitable.

The sudden infusion of new capital and market for goods and services revived industries that had sat idle for years. Basket making, weaving mats, fishing and a host of local industries sprung up to compete with one another.

The social awareness that attended the emancipation of Kenyan widows made communities around them seek out other forms of social injustices and uproot them. An example is the legacy shops that for ages extorted their customers by charging exorbitant prices because of their monopoly.

The arrival of competing businesses mentioned earlier meant that old shopkeepers were shunned and new shops that offered fair competitive prices became the new hit. In the end, it benefited the rest of the community who were now able to access more goods at cheaper prices.

These donations are also able to help widows and their families mitigate the socio-economic impact of climate change in their lives. Goats are a hardy breed and can survive drought conditions. During bountiful rains, the crops will do well and during drought, the goats would thrive, so families were cushioned against these two extremities.

In a community whose reliance on cultivated land was reduced by a fraction, there was less land cleared for agriculture and more trees planted. The practice of goat husbandry in these communities, therefore, meant that the impact of natural disasters such as floods was reduced as vegetation cover protected the soil from being washed away during heavy rains. 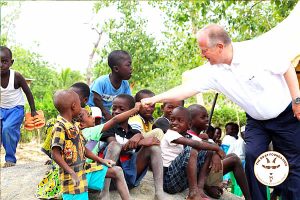 A crucial and demonstrable impact of empowering widows through the donation of goats was the protection of children from exploitation. Families no longer required their young ones to work for food. Children could now spend their time at school or playing.

As widows became empowered and acquired a say in the community, they were now able to protect their daughters against gender-based violence, female genital mutilation and early marriages. Sexual exploitation that was visited upon needy girls especially young widows and daughters of widows was eliminated as they now had the economic means to fend for themselves. This had the impact of reducing HIV transmission, child trafficking, unwanted pregnancies and school drop-out cases.

Clearly, a lot has been achieved, but there is more still to be done. The generosity of The Goat Foundation partners, and donors is what brought about this success.